When Art Professor Greg Reuter arrived from California to teach ceramics and sculpture at Corpus Christi State University in 1978, the University stationery still had the name Texas A&I University-Corpus Christi. In the ensuing 40 years, Reuter has taught thousands of students, lectured in Mexico, Germany, and Japan as well as in the United States, and shown his artwork across the globe. Reuter’s work also appeared in the 1988 film, “D.O.A.,” which starred Dennis Quaid and Meg Ryan. Reuter retired in December 2018. 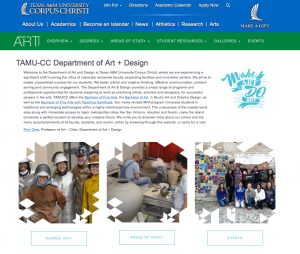